﻿7 Mistakes To Avoid When Hiring Caregivers For Your Elderly Relative

Meditate Your Way to Health and Happiness

Benefits include stress reduction, slower aging, less loneliness and more happiness.
In our speedy, modern world, an increasing number of people are turning to a 5,000-year-old method to relieve stress and calm their minds. Everyone from actors to politicians are embracing meditation, and everything from corporations to senior living facilities are offering meditation classes. This mind and body practice has a long history of increasing calmness and physical relaxation, improving psychological balance, coping with illness, and enhancing overall health and well-being.

Modern science is starting to verify some of meditation’s benefits. While some research suggests that practicing meditation may reduce blood pressure; symptoms of irritable bowel syndrome, anxiety and depression; and insomnia, evidence of its effectiveness for other ailments, such as pain, is uncertain. The National Institutes of Health’s National Center for Complementary and Integrative Health (NCCIH) catalogs research done on meditation for various ailments.

Extensive evidence supports meditation’s effectiveness with emotional issues such as stress. According to research, meditation can increase immune function, which is related to having less stress in our lives. Although science doesn’t yet know precisely how the meditating brain affects the immune system, some studies have found that meditation changed brain circuits that regulate emotion and may reduce markers of inflammation and stress hormones like cortisol.

Changes in the Brain
Several studies have shown that meditation can actually alter the brain.
A 2011 Harvard study found that participation in Mindfulness-Based Stress Reduction, a popular meditation program, is “associated with changes in gray matter concentration in brain regions involved in learning and memory processes, emotion regulation, self-referential processing and perspective taking.” Specifically, researchers found an increase in the part of the brain that governs learning and memory and also in the part that regulates emotions, as well as decreases in the amygdala, which is responsible for fear, anxiety and stress.

In a 2012 study from the NCCIH, researchers compared brain images from 50 adults who meditate and 50 adults didn’t. Results ratified previous findings about the increased ability of the brain and suggested that meditation may increase the brain’s ability to process information.

Benefits for Seniors
In 2015, University of California, Los Angeles (UCLA) researchers studied older people who have been meditating an average of 20 years. They found that these older meditators had more gray matter volume in the brain, suggesting that they were aging slower than their non-meditating counterparts.

Previous studies have also shown increases in longevity for those who practice mindfulness meditation, a form of meditation that focuses on awareness rather than breathing. One study concluded that by decreasing negative emotions and stress hormones, meditation protects the chromosomes that mark physical aging while promoting cell longevity.

Meditation may also slow Alzheimer’s. Because anxiety and stress can worsen Alzheimer’s symptoms, meditation may protect the brain. Researchers at Beth Israel Deaconess Medical Center divided a group of adults ages 55-90 into those who regularly meditated and did yoga and those who didn’t. The meditation/yoga group had less atrophy in parts of the brain and better brain connectivity than the control group.In addition, several studies have shown that meditation can reduce health costs, with one study showing fewer hospitalizations among meditators and another showing reduced healthcare expenses.

Other Benefits
Increased concentration. By sitting still and focusing on our breathing, we are able to calm our active minds. A study at Yale University found that mindfulness meditation decreases activity in part of the brain network that is triggered when our mind wanders from the present moment and our thoughts take over. By stopping our wandering mind, we are able to better focus on the task at hand.

Reduced stress. Because anxiety can result from unregulated and out-of-control emotions and thoughts, mindfulness meditation can help calm those thoughts and decrease stress, according to a 2013 study published by Oxford Academic.

Less depression, more happiness. A University of Wisconsin study of mindfulness meditation found an increase in electrical activity in the left frontal lobe, an area that tends to be more active in optimistic people, after eight weeks of training in meditation.

Another study showed that a form of meditation known as loving-kindness, “produced increases over time in daily experiences of positive emotions, which, in turn, produced increases in a wide range of personal resources (e.g., increased mindfulness, purpose in life, social support, decreased illness symptoms). In turn, these increments in personal resources predicted increased life satisfaction and reduced depressive symptoms.”

Less loneliness. Because meditation can bring about more acceptance of ourselves, it follows that we are more tolerant and forgiving of others. A UCLA study compared seniors who meditated with those who didn’t. After two months, the meditators felt less lonely, while the others felt more isolated. Loneliness, especially prevalent in seniors, has been shown to negatively affect our health and has been linked to a weakened immune system, depression and early death. The UCLA researchers theorized that meditation may curtail gene inflammation, which has been linked to feelings of loneliness.

Meditating in a group can also help relieve feelings of isolation and promote a sense of community with others. 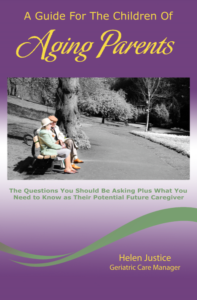